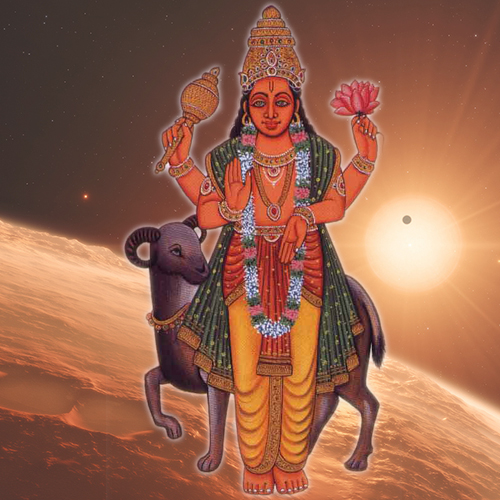 Information about Mangal Puja
Mars is the planet of sheer crude energy which enforces our actions. Mars represents our actions done without any reasoning behind them where as actions & energy of the planet Sun are well controlled by reasoning. The planet Mars represents our Body Energy, Movement, Earth, Courage, Brothers, Sisters, War, Fire Arms, all inflammable products, Residential properties & Surgeons. It also represents Security services, Military, Police force, Soldiers and Army.
The planet Mars is the Lord of zodiac sign Aries and Scorpion. It is EXALTED in the sign Capricorn and is WEAKENED in the sign Cancer. The planet Mars is also one of the most significant factor for a successful marital life. Whenever, planet Mars is placed in the 1st, 4th, 7th, 8th and 12th house of a person, in such cases he is said to be a Mangalik person.
A person with a weak or harmful Mars suffers from Blood disorders as well as Digestive problems, Accidents, Operations, Boils, Piles, High & Low Blood Pressure, Anemia & Injuries by fire arms.
A combination of planet Mars with planet Rahu or Sun forms a bad Yoga known as Angarak Yoga.
The presence of planet Mars in the 5th house is not considered good especially from progeny point of view and it can lead to miscarriage or abortions especially so if the planet Mars is being aspected by any other malefic planet.

The presence of planet Mars in the 8th house is indicative of Accidents / Surgeries especially so if the Mars is in conjunction with any other malefic planet like Saturn, Rahu, Ketu, Sun.

If you opt for a VCD recording then you will get a Recorded VCD of around 45 minutes which will cover the most important parts of the Pooja.

The exact Date and Timings of Mangal Puja will be informed to you through an email and your representatives are most welcome to attend the same.

Please provide these information in the fields provided above along with the main image. Alternately you have an option of mailing us this information through email along with your Photo (if you wish) at the mail ID given below after you have placed your order.