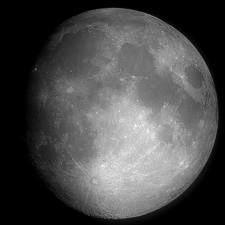 The Planet Moon is one of the most significant planets in any Horoscope. Astrologically, it is considered as Queen in the planets (Sun is regarded as King). The planet Moon controls our Emotions, Will Power, Wealth, Health as well as all our thoughts. A person having a strong Moon (Moon in its own Sign Cancer, Moon in its acclaimed sign Taurus or Moon being aspected by naturally benefic planets like Jupiter) is strong in regards to his Will Power and Decisions, is always a Positive thinker and never falls prey to negative states of mind like Depression, Nervousness, Anxiety etc.

On the other hand, a person having an afflicted Moon (Moon in enemy sign like Capricorn, Aquarius, Moon in its Debilitation sign Scorpion, Moon with malefic planets like Saturn or Rahu) in his horoscope is always prone to harbor negative thoughts in his mind, he is unable to adjust even with his best friends and family members and is never able to achieve success in his life which is full of miseries due to his own deeds resulting out of a Weak / Afflicted Moon.

The planet Moon can get afflicted due to any of the following reasons :

1. If the Moon is in its Debilitation sign Scorpion

2. If the Moon is in Opposing or Enemy Signs like Capricorn, Aquarius

4. If the Moon is in conjunction with Malefic planets like Saturn (Vish Yog) or Rahu (Grahan Yog)

5. If a person is born between the 5th Tithi of Krishna Paksh to 5th Tithi of Shukla Paksh, then also Moon gives negative effects.

As narrated in Ancient Vedic texts, a person having a Kemadruma Yoga in his horoscope is always in a state of Sorrow, does all kinds of wrong deeds, poor and dependant. Also he is devoid of Health, Wealth, Wisdom, Knowledge, a good wife, progeny and mental peace. Such a person is always destined to failures in his life mostly due to wrong decisions taken in a haste, he is subjected to humiliation and misery and devoid of the pleasures of life. Even if a person is born in a Royal Family and he has a Kemadruma Yoga in his horoscope, then he will be having all kinds of negative influences in his life as mentioned above as per the Ancient Hindu Vedic scriptures.

If the Planet Moon is afflicted in your horoscope in any manner by any of reasons as described above, then a Remedial Puja is highly recommended since the Moon has very profound impact in our lives.

This Puja / Homam is done individually for the person requesting the Pooja.
Puja Procedure

The exact Date and Timings of Kemudruma Dosh Removal Puja will be informed to you through an email and your representatives are most welcome to attend the same.

Please provide these information in the above fields provided along with the main image. Alternately you have an option of mailing us this information through email along with your Photo (if you wish) at the mail ID given below after you have placed your order.